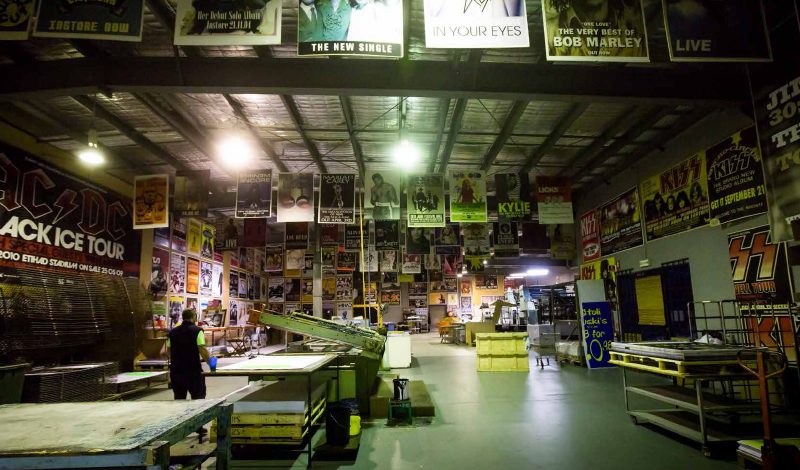 We are a fully Australian-owned, independent company, with factories and offices, account management, printing facilities in both Sydney and Melbourne.

We have been operating for well over 3 decades and our distribution network is Australia-wide.

Rock Posters were largely born from the need for comedians, record labels, musicians and promoters/producers to heighten awareness quickly, easily and cost-effectively. Our guiding principles of responsiveness, integrity, transparency and sheer hard work exists as strongly today as it did in ’86.

It is now over 35 years since we printed our first poster, and the medium now thrives in an unrecognisable environment. It has always been cost-effective, and it has always worked; if you have a limited budget, spend it where it works best.

The business was started by the D’Aquino brothers, Frank and John, alongside Joe Di Natalie in Johnston Street, Fitzroy in 1986. The Melbourne music scene was thriving and John, Frank and Joe worked tirelessly to keep up with the demands of promoters and record labels alike.

Following expansionary moves to North Melbourne, Brunswick and the current Melbourne base in Thornbury, the infrastructure and equipment became more sophisticated and a fully-functioning Sydney factory in Marrickville was added, initially on the advice of Michael Harrison (former Tour Director at Frontier Touring and Booking Agent at Premier Harbour, now SVP of Global Touring at AEG). In conjunction with John, our fifteen+ year veteran Director, Mike Akers, has driven the development and innovation of the Sydney business for more than a decade and contributed significantly to Rock Posters’ diversification, all while pioneering the ability to book a truly national campaign with one phone call or email to either office.

The Sydney operation has helped solidify the Rock Posters footprint both in NSW and nationally and continues to work seamlessly with distributors Australia-wide.

WE WORK QUICKLY, EFFECTIVELY AND PRAGMATICALLY. IF YOU NEED ADVICE ON HOW TO GO ABOUT YOUR CAMPAIGN WE ARE HAPPY TO HELP.

DESIGN
Street poster design can be a challenge for even for established designers. We have a strong sense of what makes an impact and can advise you accordingly. 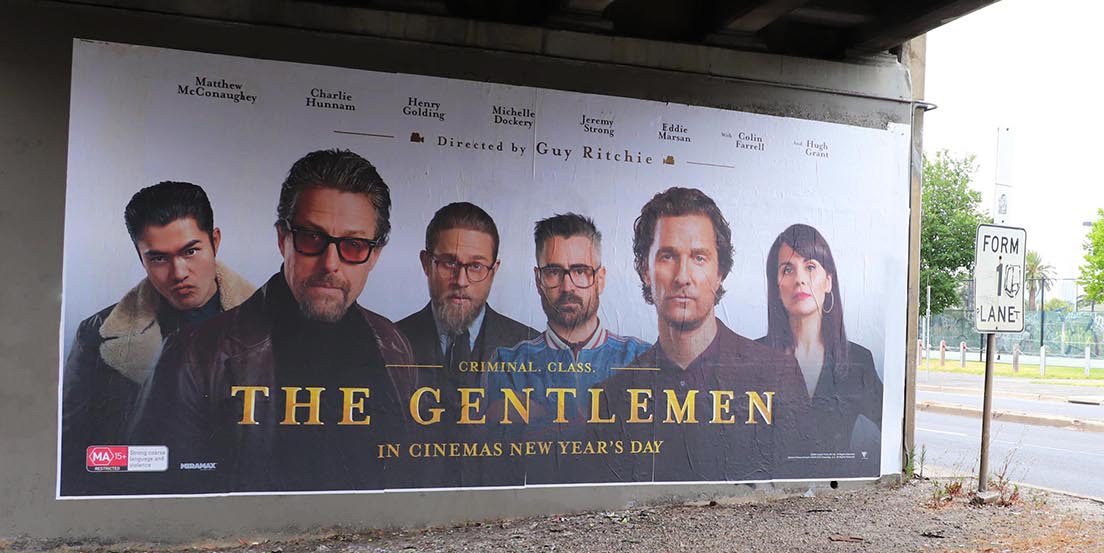 WE BELIEVE THAT EVERY BUSINESS MUST TAKE RESPONSIBILITY FOR THE ECONOMIC, SOCIAL AND ENVIRONMENTAL IMPACTS OF THEIR POLICIES, PRACTICES AND DECISION MAKING.

Rock Posters goes to great lengths to be a responsible corporate citizen when it comes to environmental stewardship. We have incorporated solar panels to both factories, LED lighting throughout and have recently been awarded a green star by Finsbury Green.

The Finsbury Green, Star Rating system (FGSR) is an environmental evaluation protocol for the broader printing industry as well as Finsbury Green’s outsourcing network. It is independently audited and validated by current environmental science sourced from the Australian Government’s Department of Climate Change and Energy Efficiency, National Greenhouse Accounts Factors 2011, and the National Carbon Offset Standard 2010.

WE ARE GREENING OUR BUSINESS 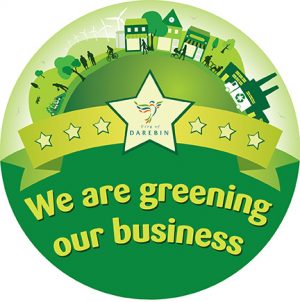 Solar electricity: Extensively used across both Melbourne and Sydney factories